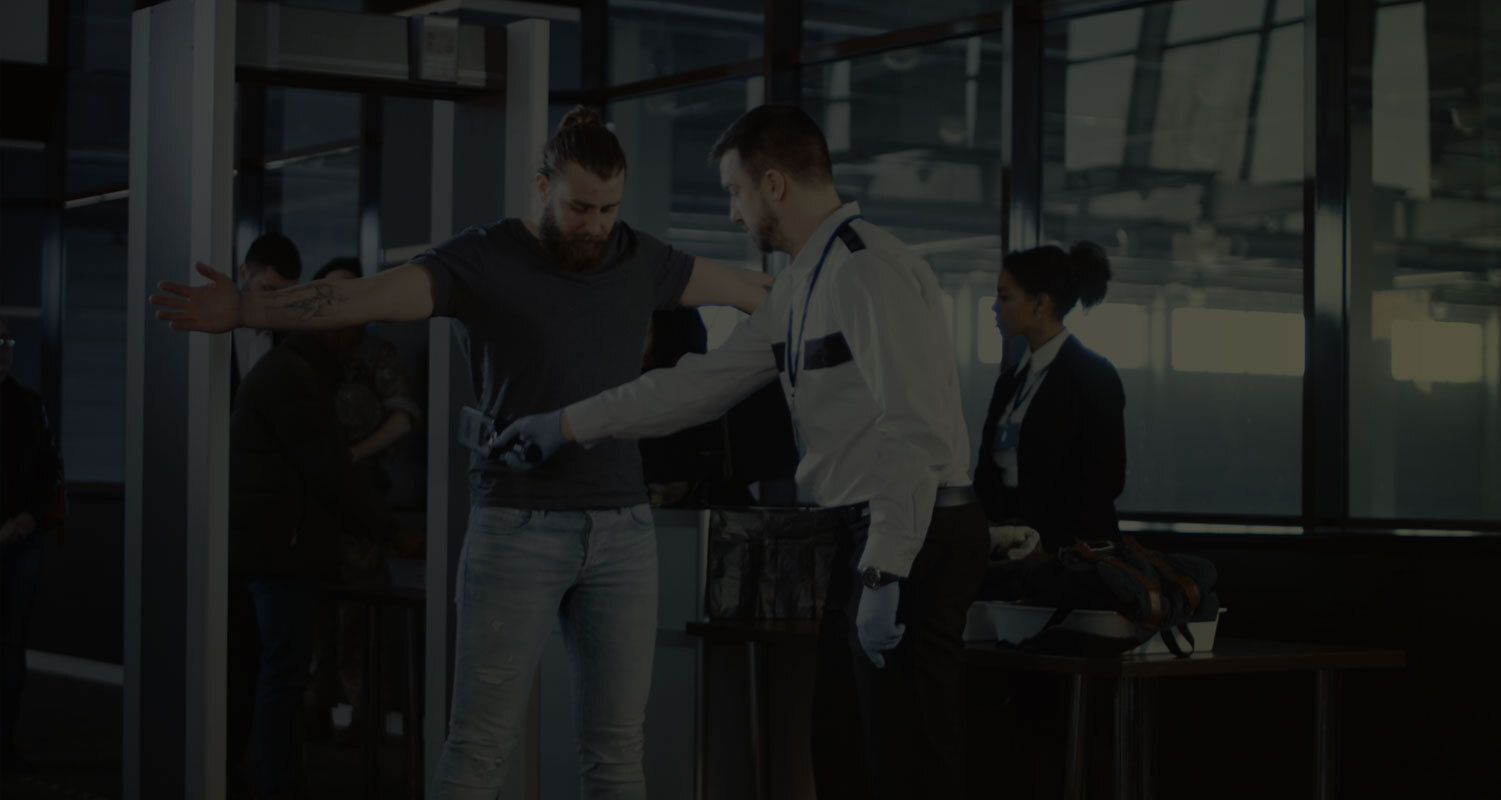 Airport Security: Why it may be the right job for you

With a job in security, you can find yourself working with a variety of different organizations. The possibilities are numerous, from a parking lot to a music festival, a job as a security guard can vary greatly given the day. However, you may want to work in a specific area, focusing on familiarizing with the surroundings so you can guard to the best of your ability. One organization where a long-term position is often preferred are airports. Working at an airport in a guard role can be a high paced, high stress position that requires an advanced level of awareness, alertness and quick decision making. It requires you to be at your best for an entire shift, while providing you the opportunity of working a regular shift in familiar surroundings. If you decide you want to attain a security job at an airport, you’ll need a few things to get started.

In order to become a security guard, you will need to complete a 40-hour security training course, complete your provincial security exam with a grade of 80% or over and apply for a security licence from the province you plan on working in. You will also need a clean criminal record, as well as proof that you are allowed to work in Canada.

Airports often have a clear vision of the type of individual they want to hire as a security guard for their facility. They tend to value those with law enforcement experience, including former police officers, military veterans, and long term, experienced security guards. Another qualification is to be able to fluently communicate in English and French, depending what province the airport is located in. Having a strong handle on both languages is a big asset that can help you get the job. 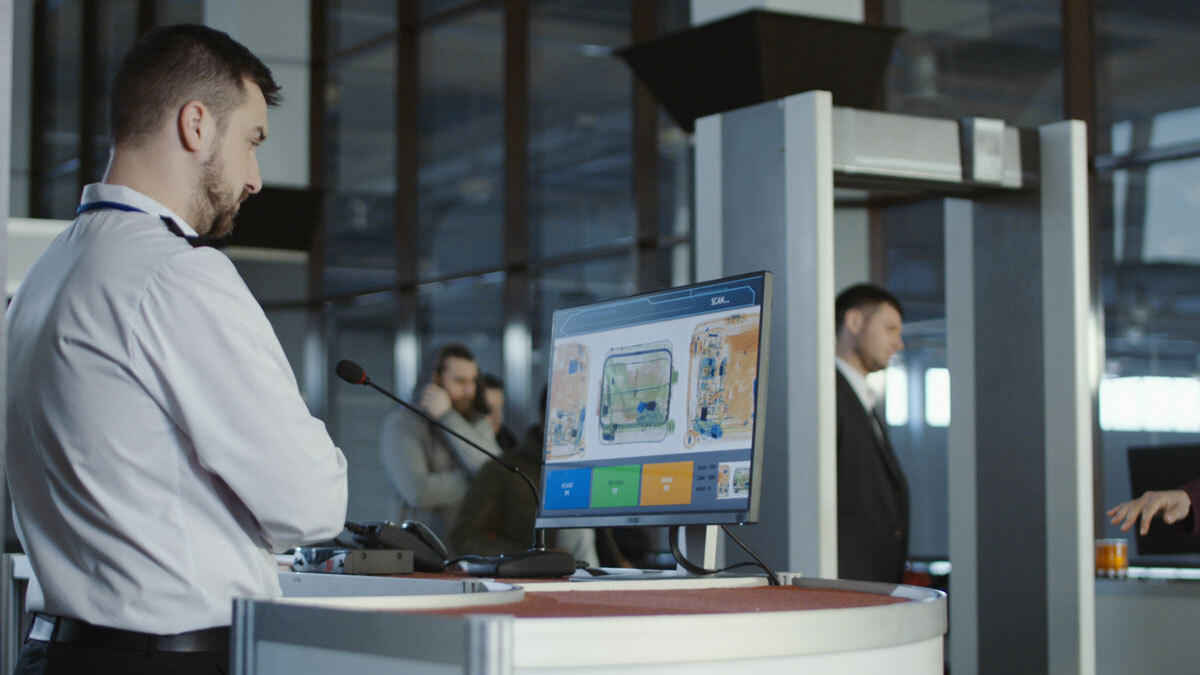 What Does an Airport Security Guard Do?

Working security at a major international airport like Toronto’s Pearson Airport for example, can be a daunting task. With thousands of people from all around the globe coming and going through out a single day, there can be a lot of ground to cover. In your role as a security guard you may find yourself observing the area around flight terminals, ticket gates or baggage. You will be expected to keep a vigilant watch over the crowds, noting and addressing any abnormalities that are seen amongst the sea of people.

Protecting Citizens and Their Personal Belongings

One of the primary worries on most people’s minds when they go to the airport involves their safety. Trying to navigate an airport can be stressful enough without questioning whether you and your family, along with your possessions, are safe. One of your jobs as an airport security guard is to ensure that the citizens flying out of the airport are as well as feel safe. You will do this by surveying your given area, but you can also achieve by being approachable. While being tough can be part of the job, being open, honest and clear with people can also help give people a sense of security.

One of the primary worries for people at the airport relates to what could be smuggled onto and off of an airplane. As you may know, airports attempt to alleviate this with stringent passenger screening protocols. Airport security can be tasked with screening citizens at random. This process is usually done during security checks where citizens are asked to display the contents of their bags as well as a pat down. This can also take place on anyone who may be entering a restricted area, such as:

To avoid the potential tampering of any piece of property within the airfield, all vehicles entering must be screened as well. The screening process for vehicles coming into the airfield is also conducted through a thorough search. It is important to remember that you may be working outside and will be subjected to weather extremes while also being expected to perform your job to the best of your abilities.

In addition to all of your physical duties that increase the safety of the airport, you are required to do some administrative tasks as well. Written logs must be completed during your shift, noting any abnormalities, incidents or general citizen interactions. Incidents may include:

Along with keeping written shift reports, all breaches of security should also be reported to senior officers so they can handle the event and prevent it from growing out of hand. A breach of security can extend to events such as finding illegal items on a citizen during a screening to having someone break into the airfield. 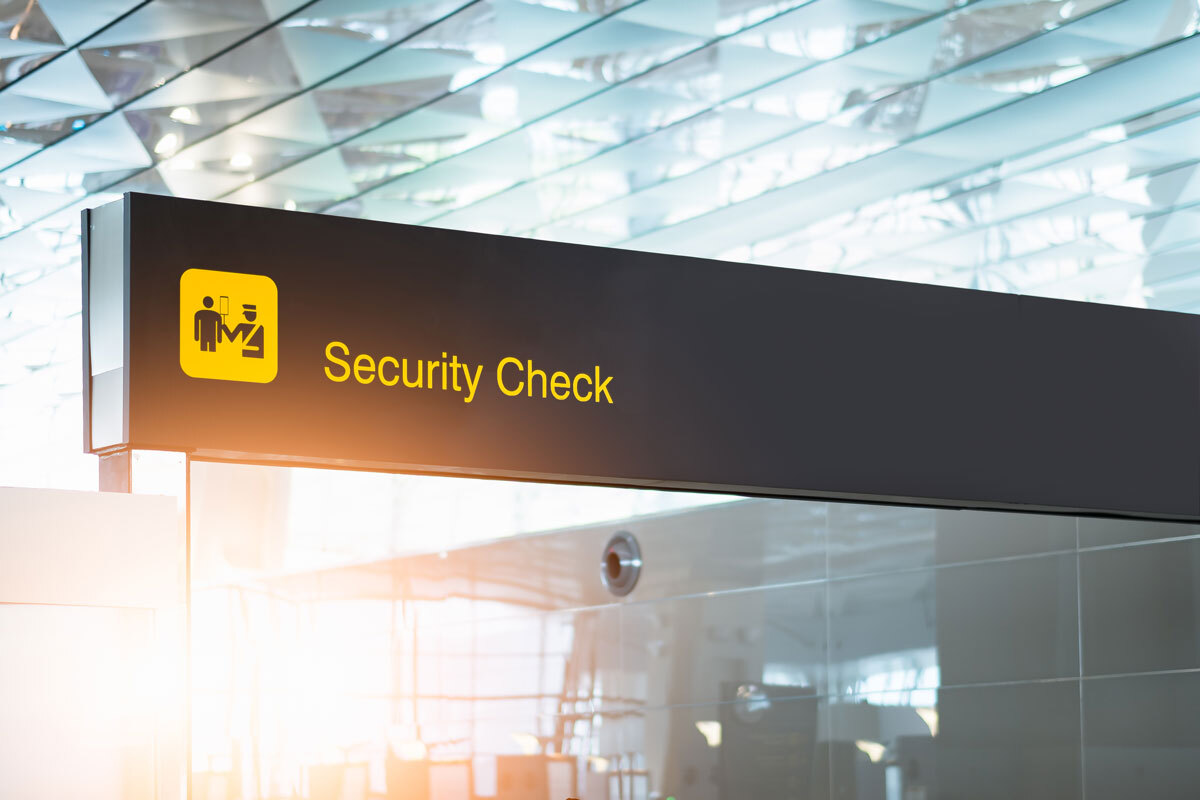 Working as an airport security guard can be a challenging but highly rewarding position. As a security guard you need to have a desire to protect innocent civilians and their property. Working at an airport allows those who truly want to protect others the chance to fulfill their desire of protecting others to the highest degree possible. With the proper dedication and experience, you can achieve your dream of becoming a security guard for an airport.

If you are looking for a security training program that can fit into your busy schedule, give us a look! With a 40-hour course load that can be completed completely online and assistance with your exam scheduling and job hunt, our security training allows you to secure your training and licence affordably with great scheduling flexibility.